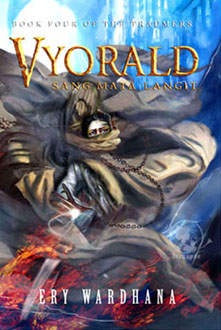 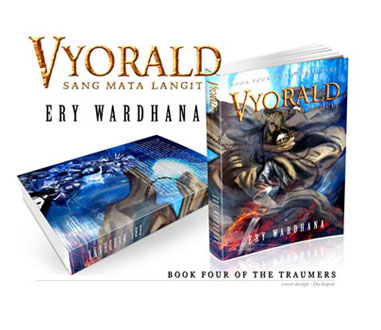 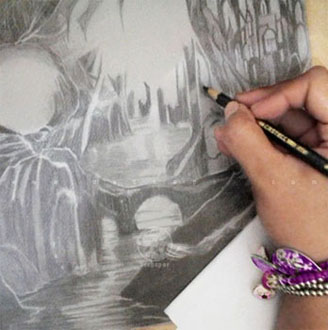 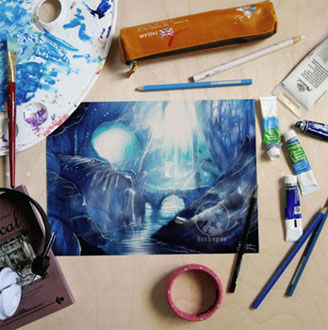 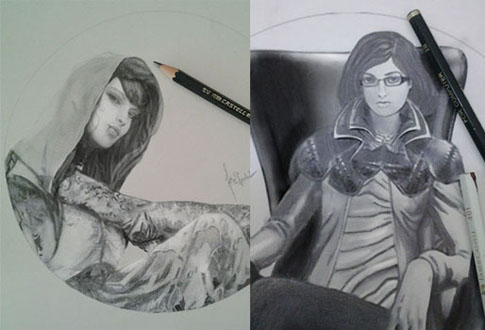 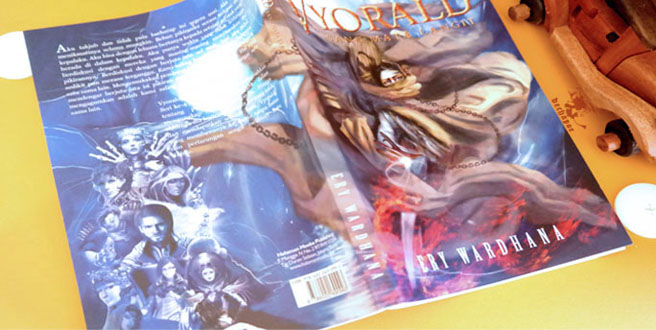 Since launching his series book “The Traumers”, an Indonesian author Ery Wardhana contacted me to illustrate his Traumers Team for the next series titled Vyorald, Sang Mata Langit, the 4th series of The Traumers that tells about the adventures of Foresight in uncovering the secrets of his dreams. Vyorald is a stone given by a strange child from other world which took him to a world without borders and a fierce battle against Queen Jubilee the psychotic super villain. From creative brief of fictional character given, i created the character, gave every ideas and all aspects for character forms and costumes, also a conceptual landscape of Vyorald’s cave for this book cover.

Main character has been illustrated are 11 fictional characters consist of Captain Banz as the leader who has a superhuman senses and stamina, a brilliat and computer geek Dr.Key as the founder of The Traumers, Princess Nissca with her powerful energy hidden behind her beauty, the robotic woman Aka-Ir, the botanical biochemistry mutant called Greeny Nurl, a vampire Ms. Bloody Tin, a cold and ice manipulator named Iced Riri, the tiny superhero Fairy Lilia, Fithowler who has a sonic screams, and Mr. D who can create any weapons with his crayons were illustrated at the back side cover, while the fight between Foresight and The Black Shadow at the Vyorald Cave were illustrated at the front side cover.